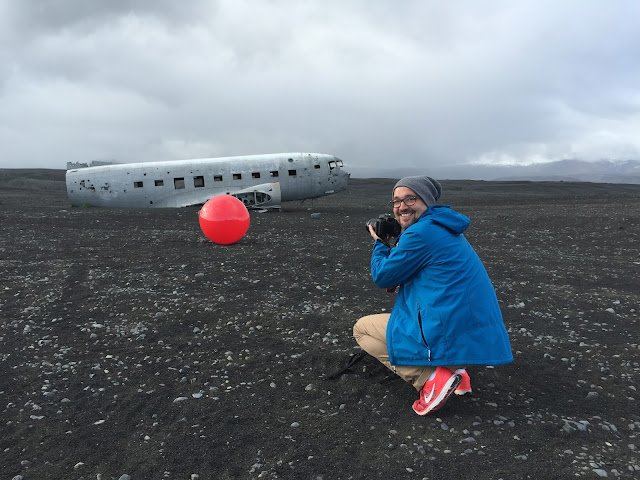 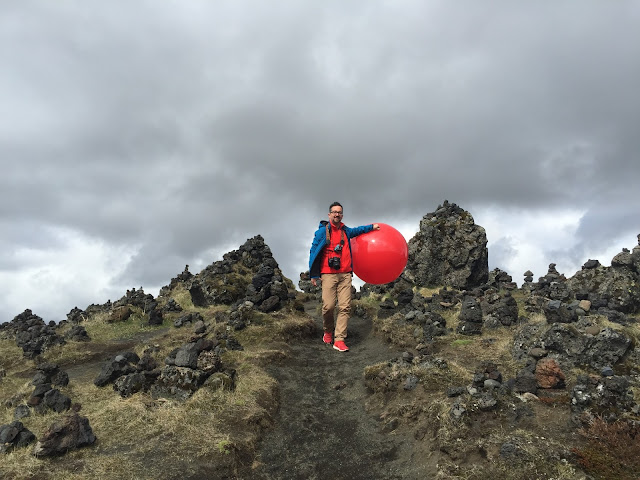 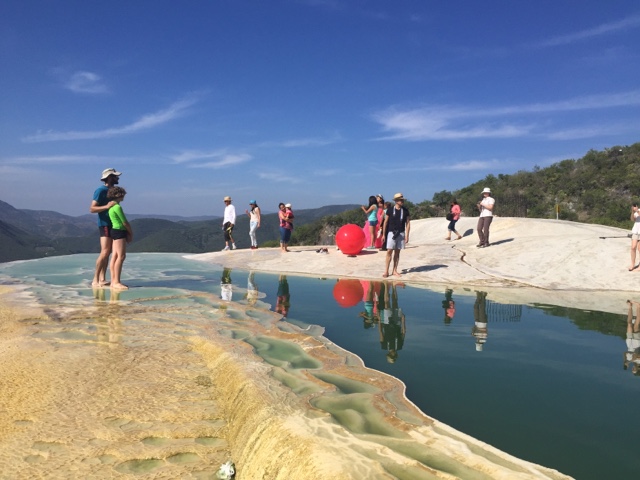 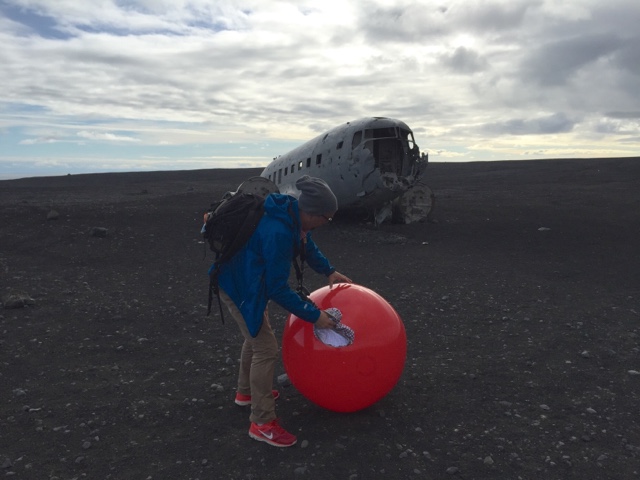 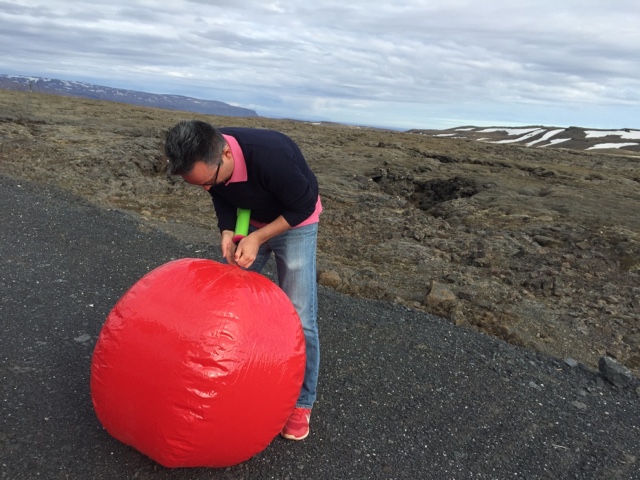 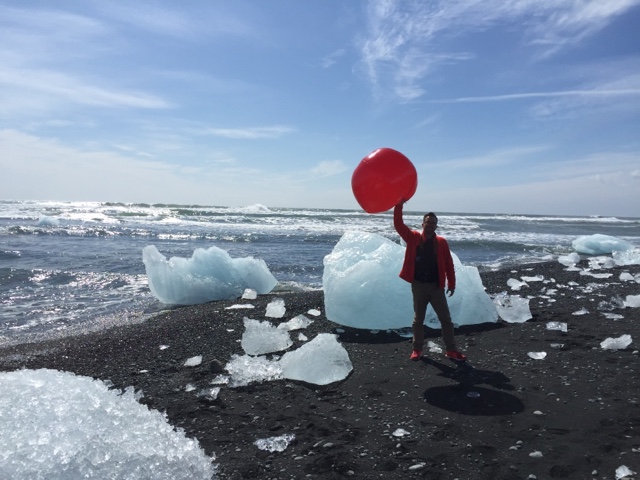 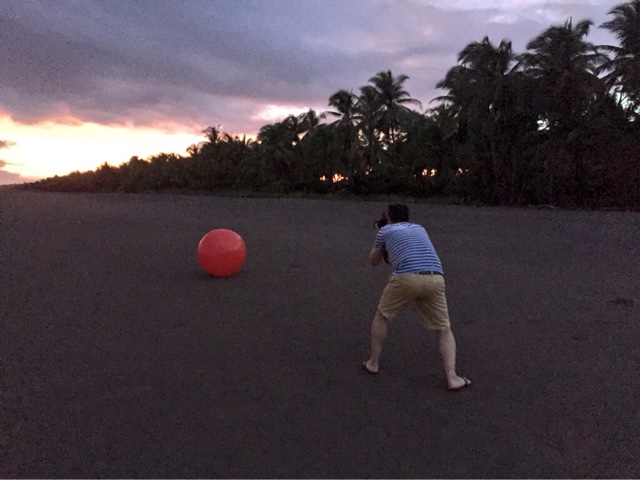 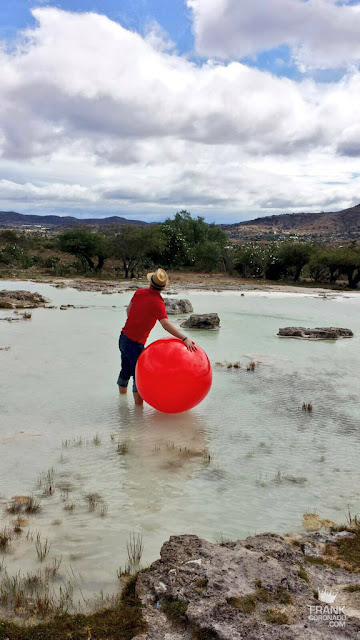 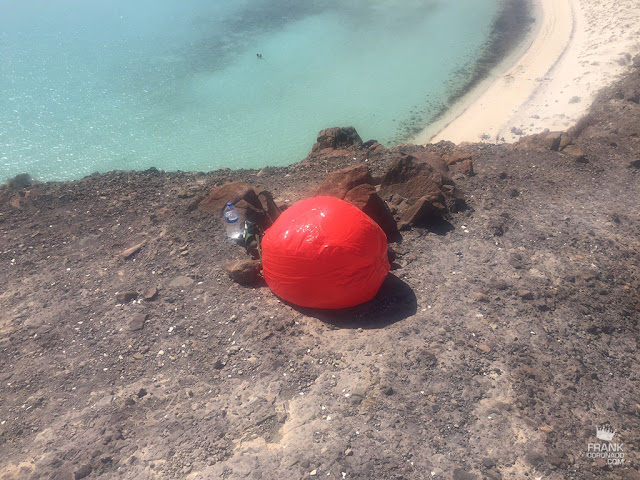 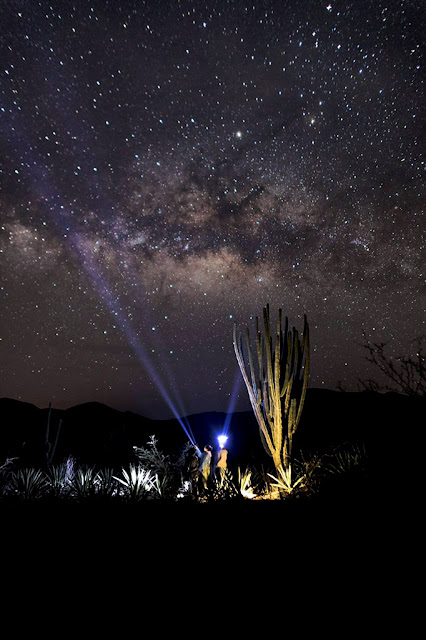 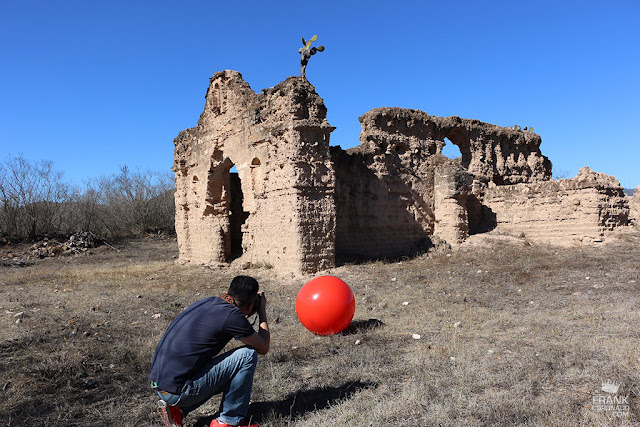 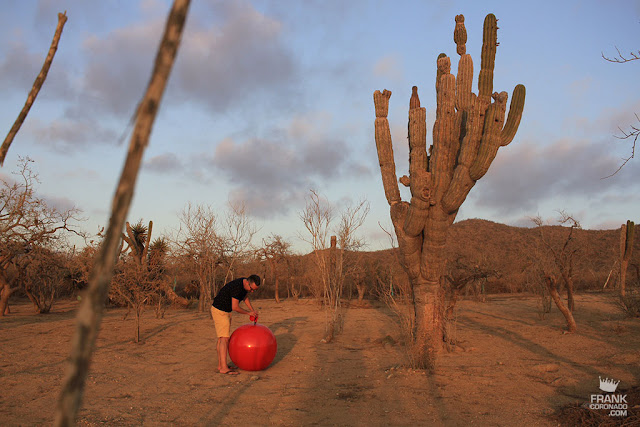 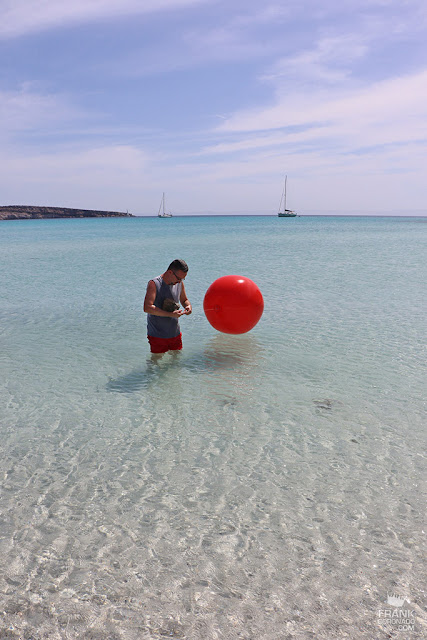 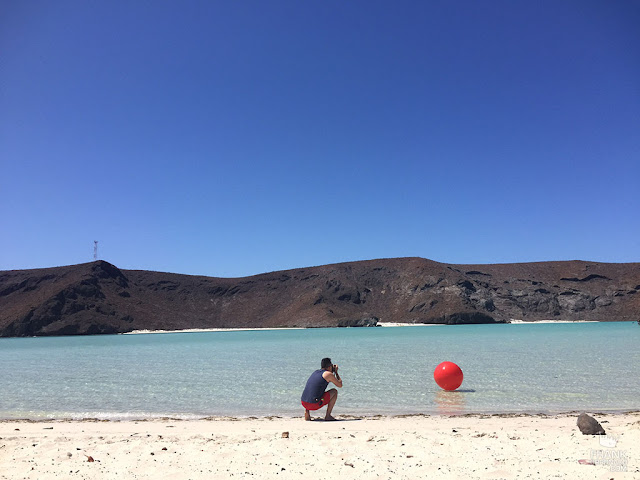 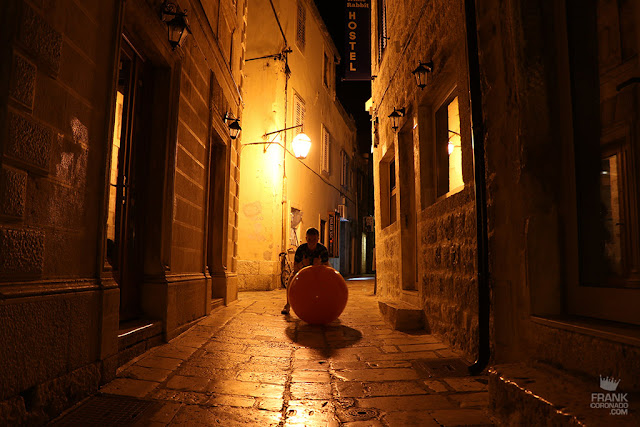 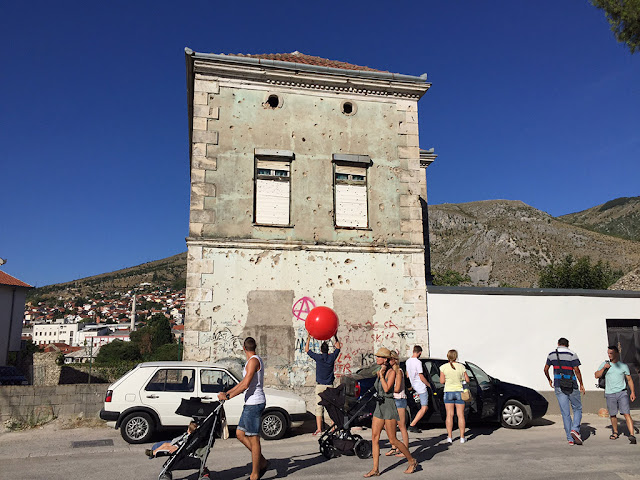 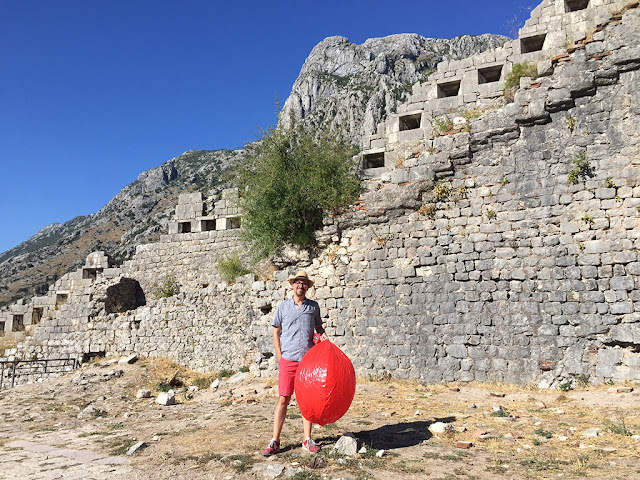 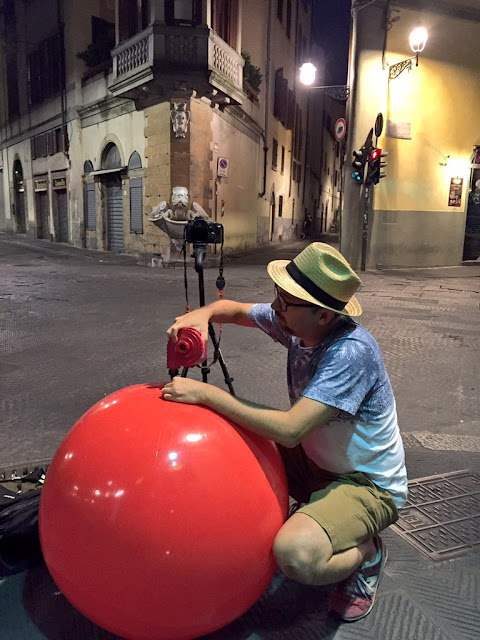 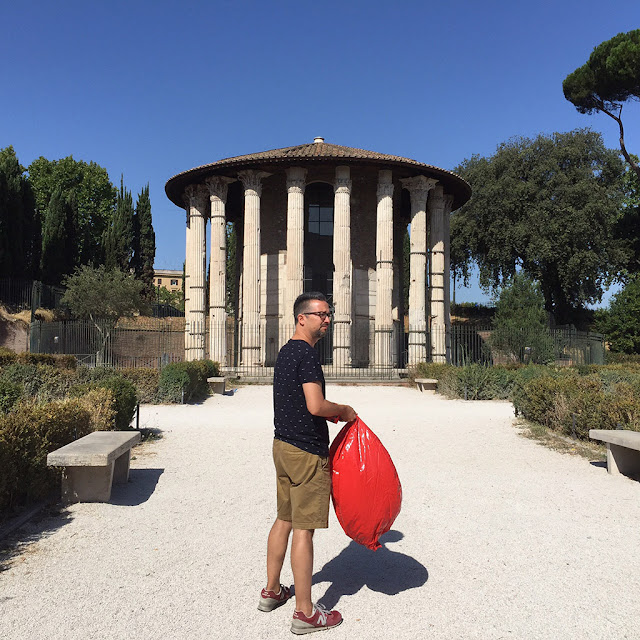 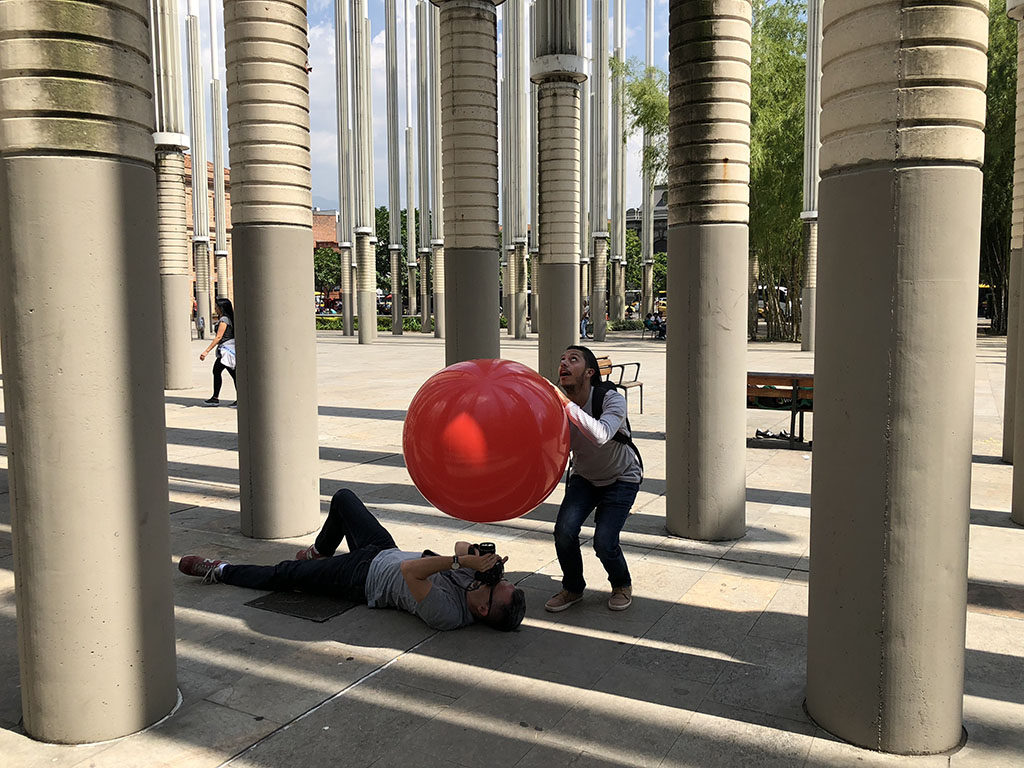 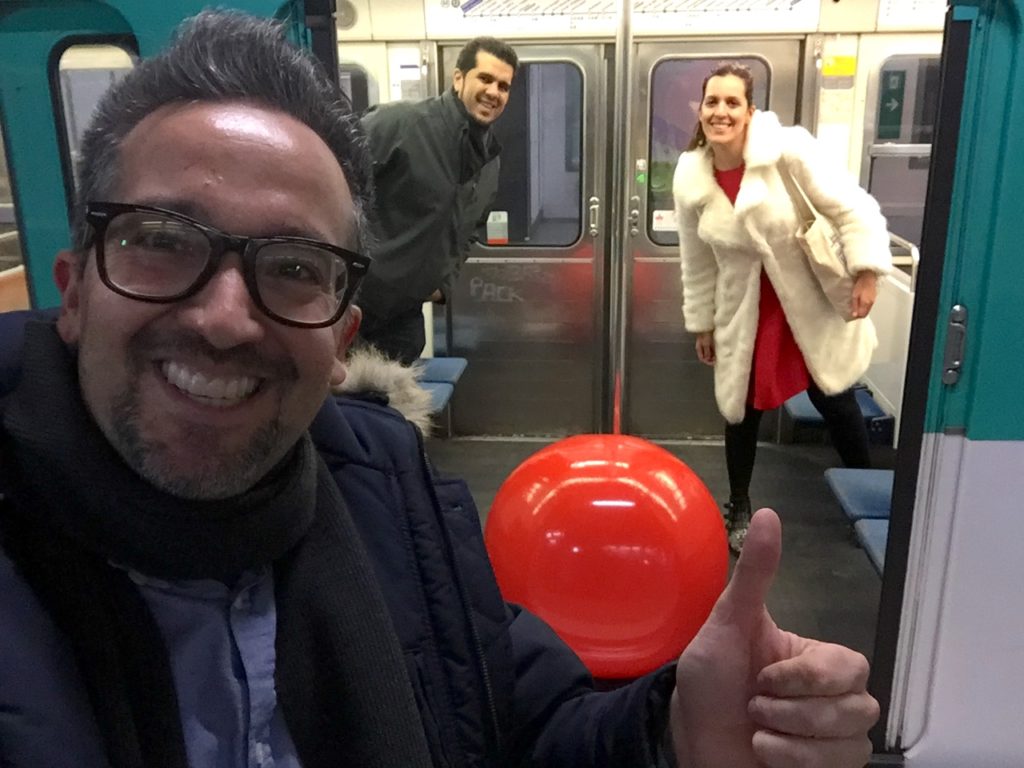 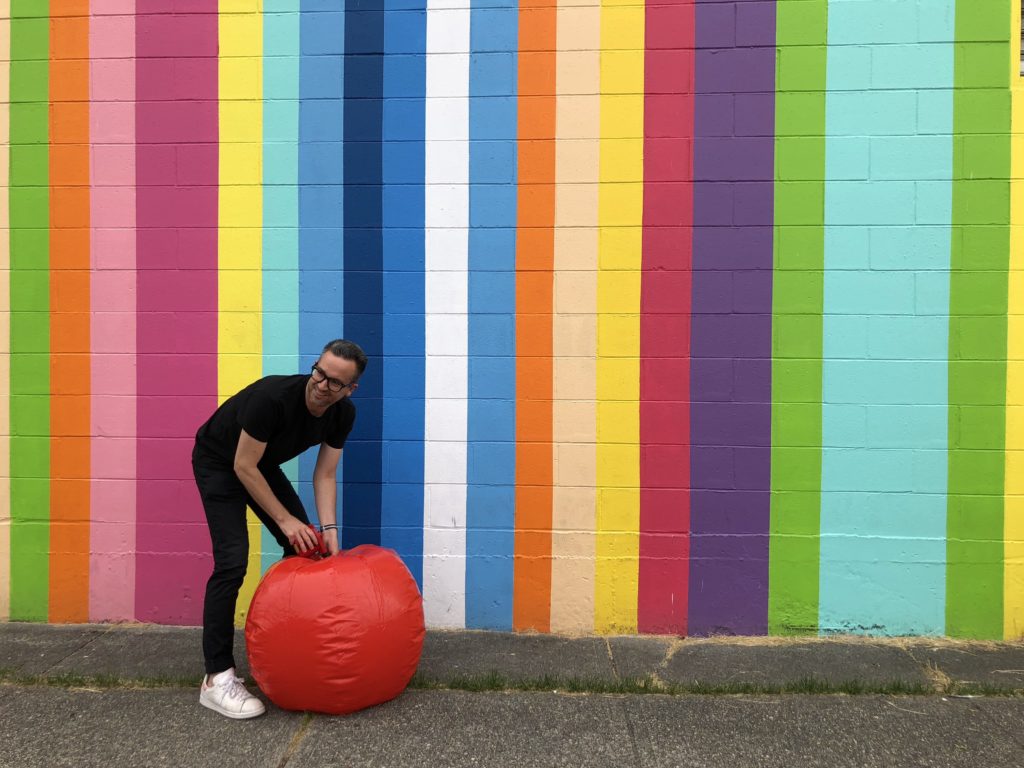 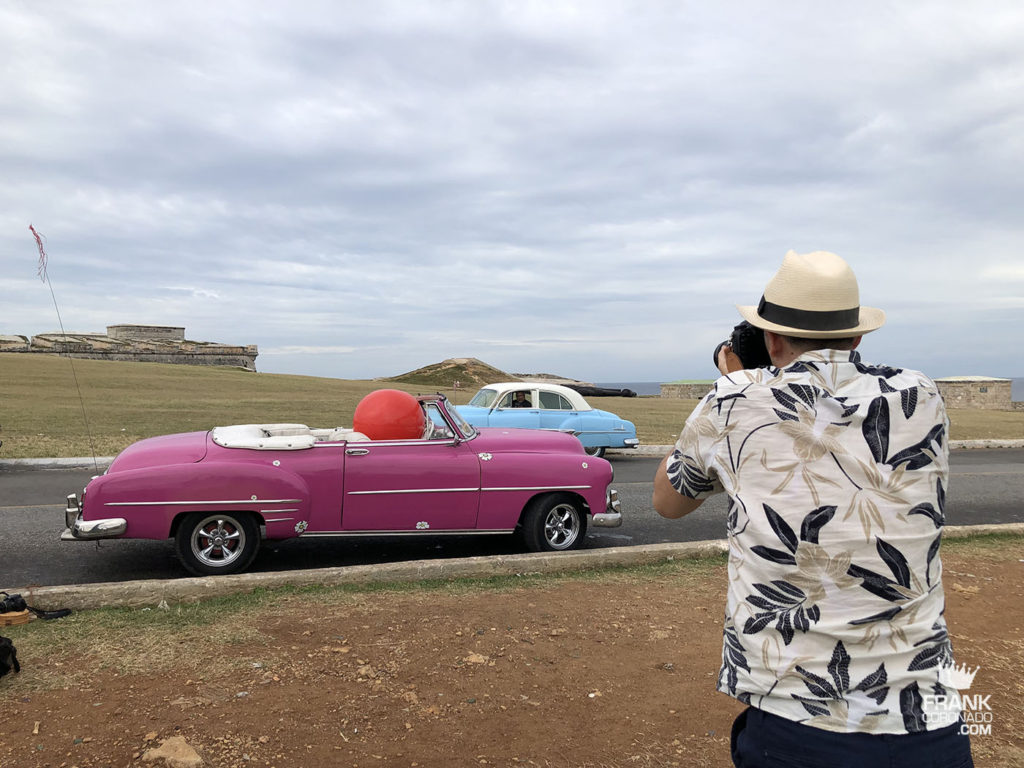 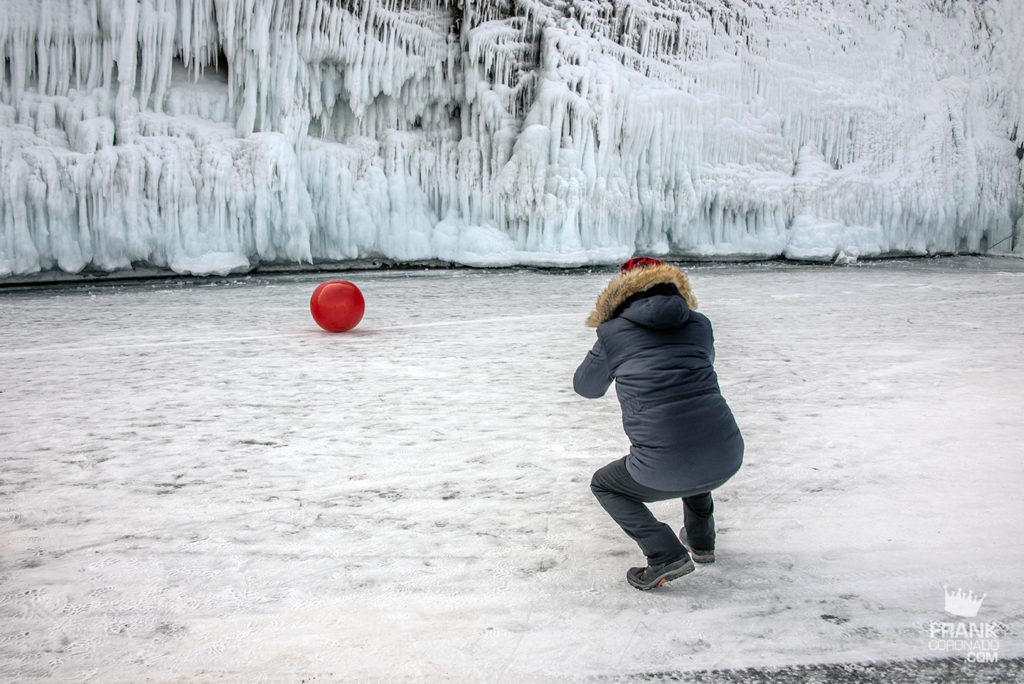 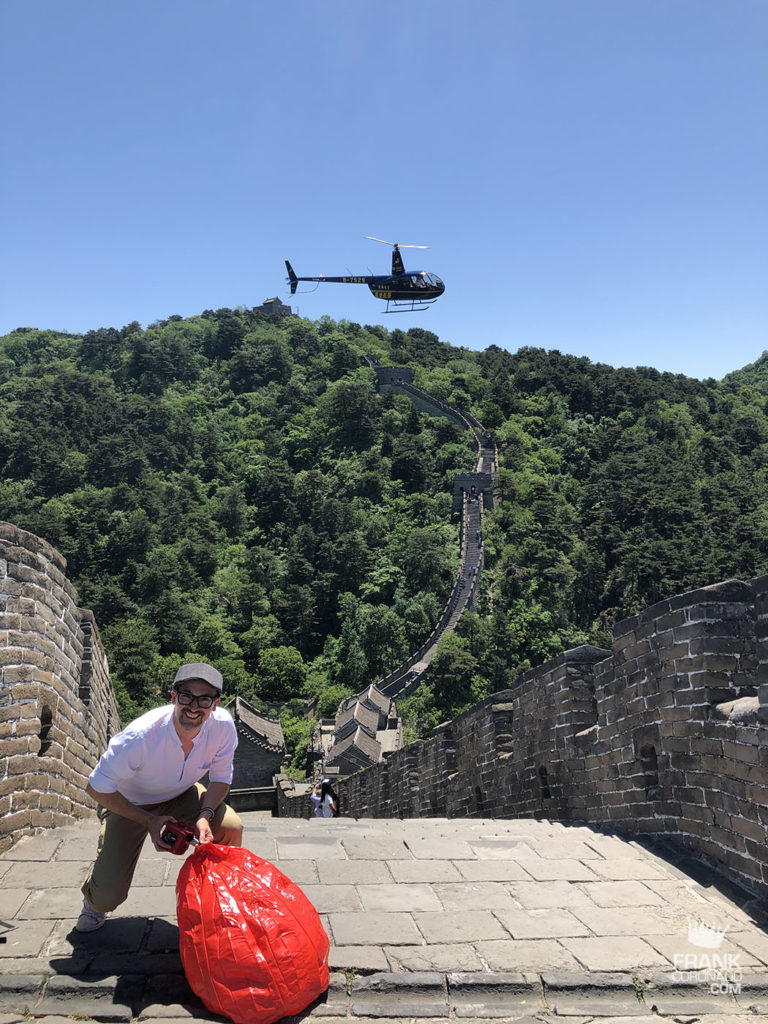 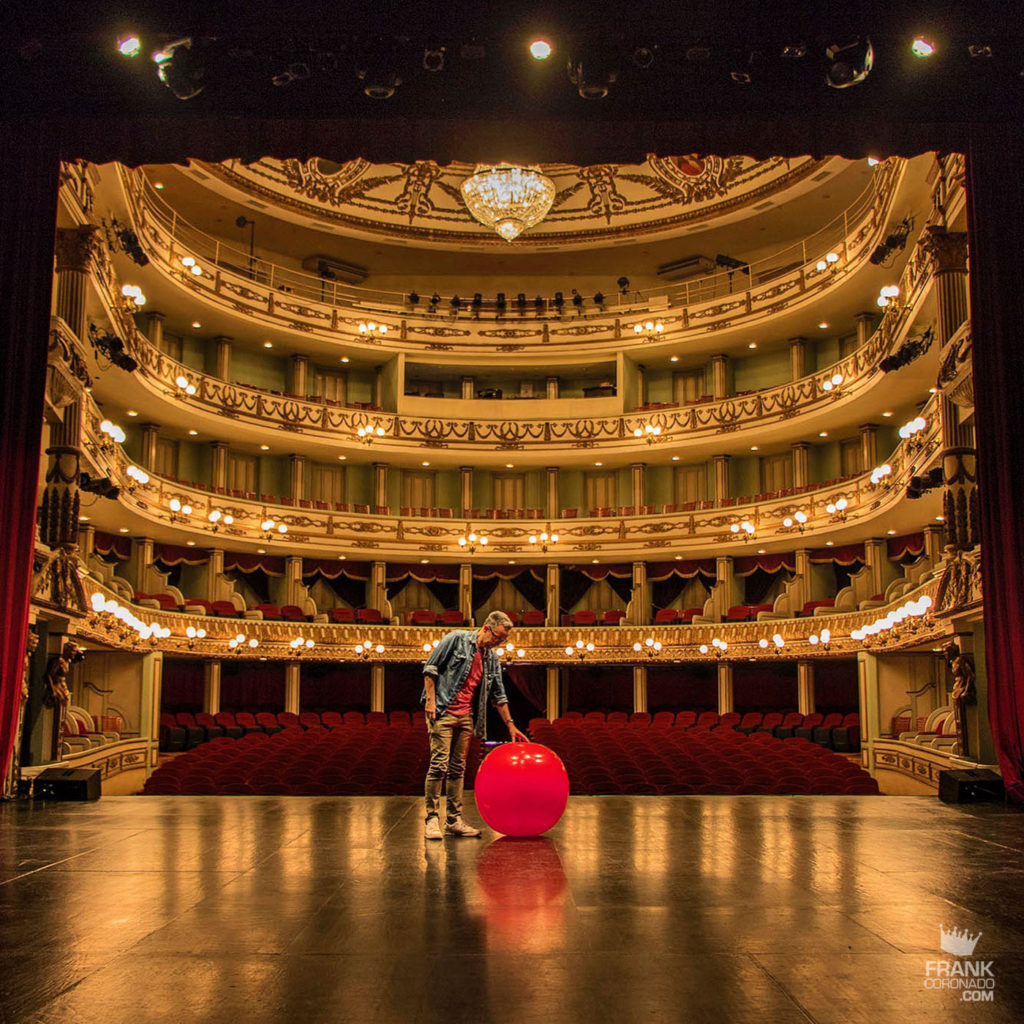 Most of my work has been documentary photography but for some time ago I wanted to try something different, so that’s when I came up with the idea of doing ‘You are not here’ project, right before I went to Iceland, I set everything to do that project, what could go wrong when taking photos to a simple red ball? This seemed to be an easy project.

Since day 1 I started to realize that it was more complex than I imagined, so that’s why I want to share 10 stories behind this project.

I bought two red beach balls on the internet but what I didn’t expect was that I was getting balls with patches on, they made a mistake and I was not in time to get them changed besides they didn’t have any left in red, at least I got a rebate.
Wind

I thought I was smart by bringing a strong thread to tight the ball with, what I didn’t realize was that most of the rocks in Iceland are volcanic, that means those are light and rough so with the wind and the friction the thread broke. Now imagine me running after a big red ball.

I don’t mind people watching me taking photos, the thing here was that due to the material of that red ball they get reflected on it. Must of the time I was in public places so I had no other option than waiting until they left.

I never considered this fact, to be honest, even the small drops left marks on the ball, I once had to pull out of my luggage the first thing I could, there was coming people and had to do it quick so I pulled out some underwear.

Due to its size, it was impossible to make it fit inside the car, once in Panama I was about to leave behind my sister and brother in law, there was no room left for them, just kidding, they had to hold it while they were kind of uncomfortable, sorry guys.
To deflate

Inflating the ball was not a big deal, I had this balloon portable inflator that was a great help, the big issue was deflated it, it takes a lot of time. A LOT.
Opportunist

Got to say that the red ball was very eye catching so a lot of people wanted to photograph it also, but must of the time I was asking others to stand in between, I think I was feeling a little bit jealous or  like a kid that didn’t want to share but man, that was my project and I was carrying it all the way there.
Burst

Yes, it happened, but thanks God I was at the last photo at the session in Iceland.
Mosquitoes

Even with mosquitoes repellent, there was a night that they bite me pretty bad, I was feeling them on my legs but decided to be strong and ignore them before I miss that sunset photo opportunity, the following day I counted 38 mosquito bites in only one leg, imagine the itch.

I remember that day in Panama, it was above 40°C and I had few minutes to do the photo so only inflating it took all my energy, I was sweating so bad and on the other side, while doing the photos in Iceland there was a time when I was shaking due to the cold weather.
Why am I sharing this? Because I realized that there are not simple photo projects, it all have some difficulties during it process and this will help me when continuing this work or to anyone who is planning one so they can consider all this and plan it ahead. All these stories are real and took me by surprise, most of the times I had no other option than taking it with a good sense of humor.

Now I would like to thank a LOT everybody who was involved with this, those who gave me ideas, took some behind the scenes photos or helped me with the red ball, without your help I think I would still be chasing it or deflating it. Also thanks to all those who had commented on it or shared on different social media.

This is just the first part of this project so there are more to come. If you know or live close to a place that you think it’s worth photographing the ball at, let me know, please. 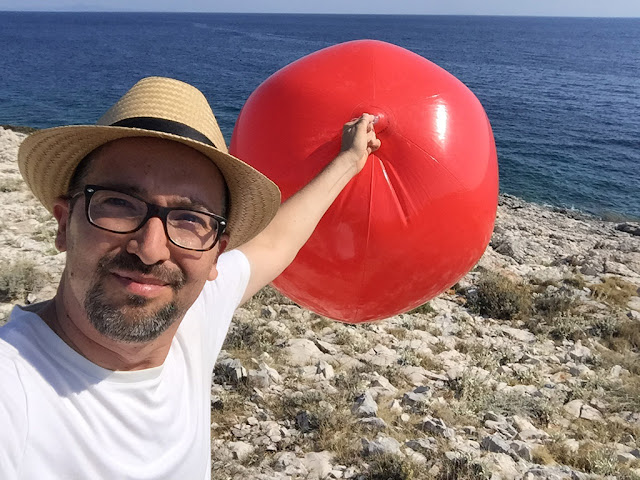 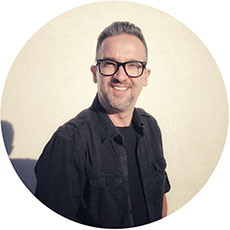 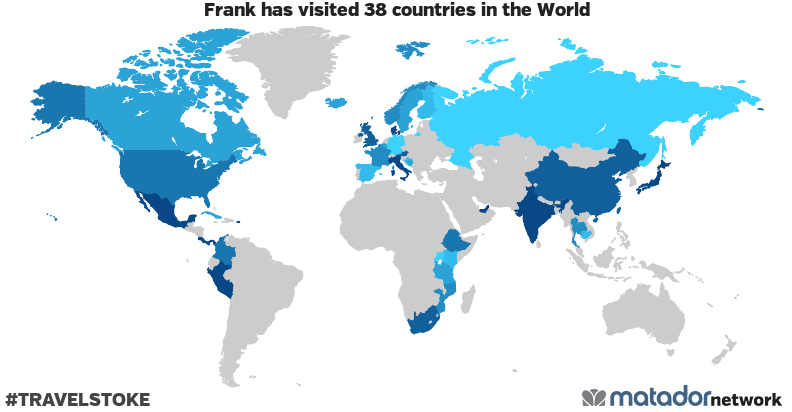 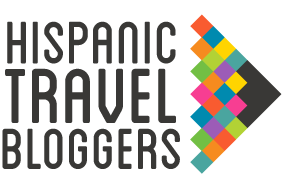